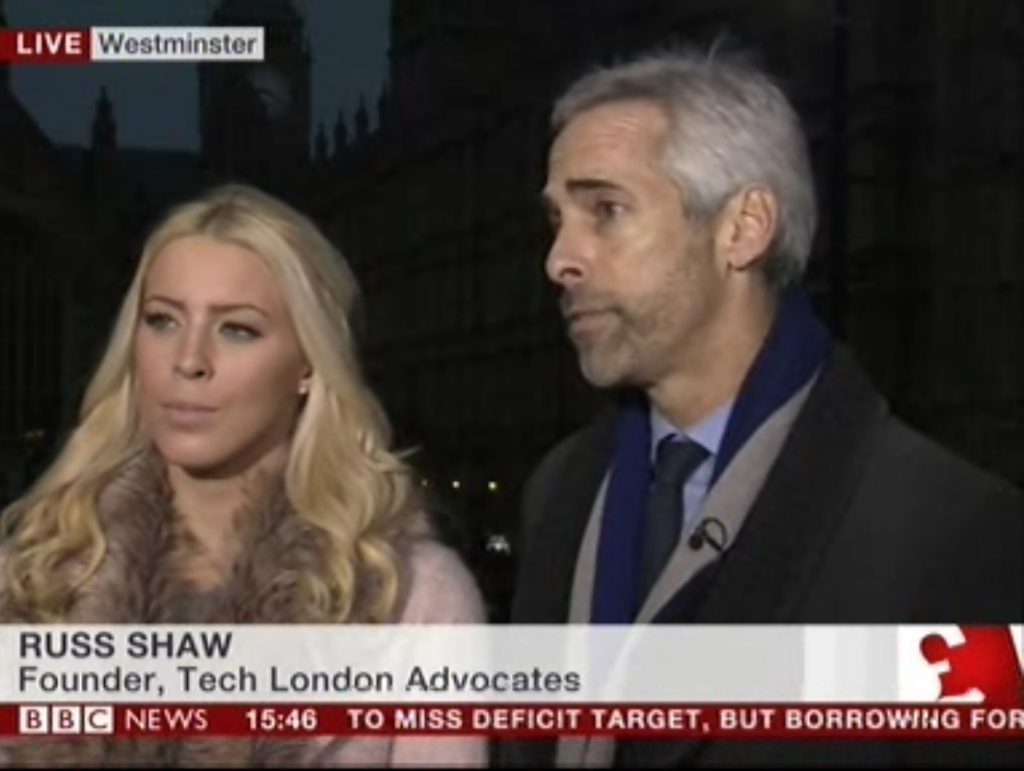 Posted at 12:57h in Uncategorized by Russ Shaw 0 Comments
0 Likes

Following the Autumn Statement on Wednesday, Russ Shaw appeared live on BBC News to offer his insights into the Chancellor’s announcements. Russ was interviewed live by BBC newsreader Joanna Gosling from Westminster, alongside Zoe Jackson, founder of arts and enterprise NGO Living the Dream.

Russ stated that the government’s continuing support of small and medium sized enterprises (SMEs), and in particular of tech start-ups, was extremely encouraging. He particularly gave mention to the Capital Enterprise Fund and the British Business Bank: government-backed initiatives, which provide finance to SMEs where corporate funding might have been unavailable.

He also commented on a growing culture of entrepreneurship since the recession, pointing to an increase in the number of start-up businesses in the UK. Reinforcing the messages of Sherry Coutu’s Scale Up Report, Russ spoke of the increasing emergence of scale-ups which are now ‘driving the core of economy’ in terms of job-growth and job-creation.

The government’s support of this growing culture of entrepreneurship, through schemes such as the Enterprise Incentive Scheme is an important part of the economic recovery, Russ added.

In reference to the ‘Google Tax’, Russ expressed support for the government’s decision to act on the long-standing issue of multi-national corporate tax.

Russ did, however, call for more work in the area of education: “We have to look at how we are equipping our young people in terms of digital skills: how do we encourage more and more young people to become entrepreneurs?” he said.

Russ also suggested that a commitment to investment in infrastructure such as broadband access was necessary, in order to support tech business, education and access to information.

Sorry, the comment form is closed at this time.